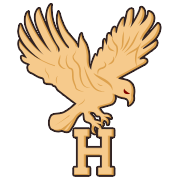 At Derwent Lower School we teach phonics following the Letters and Sounds Programme.

This is a high quality phonics resource published by the Department for Education (DfE) in 2007. It aims to build children's speaking and listening skills in their own right as well as to prepare children for learning to read by developing their phonic knowledge and skills. It sets out a detailed and systematic programme for teaching phonic skills for children starting by the age of five, with the aim of them becoming fluent readers by age seven. To enhance the learning we also use “Phonic Bug” which is a Phonics resource containing: decodeable books, e Readers and songs.

What Are Phonics Phases?

Phases are the way the Letters and Sounds Programme is broken down to teach sounds in a certain order.

At the same time whole words that cannot be broken down easily, (we call “tricky words”) are taught to the children.

What are “Tricky words”?

Tricky words are words that cannot be ‘sounded-out’ but need to be learned by heart. They don’t fit into the usual spelling patterns. In order to read simple sentences, it is necessary for children to know some words that have unusual or untaught spellings. It should be noted that, when teaching these words, it is important to always start with sounds already known in the word, then focus on the 'tricky' part.

What are High Frequency words?

High frequency (common) are words that recur frequently in much of the written material young children read and that they need when they write.

Split digraph: Two letters, which work as a pair, split, to represent one sound, e.g. a-e as in cake, or i-e as in kite.

Trigraph:  three letters which together make one sound but cannot be separated into smaller phonemes, e.g. igh as in light, ear as in heard, tch as in watch.

Segmentation: means hearing the individual phonemes within a word – for instance the word ‘crash’ consists of four phonemes: ‘c – r – a – sh’. In order to spell this word, a child must segment it into its component phonemes and choose a grapheme to represent each phoneme.

Mnemonics: a device for memorising and recalling something, such as a hand action of a drill to remember the phoneme /d/.

Comprehension:    understanding of language whether it is spoken or written.